Skins get mobile QB now with blown ACL.
Rams get Michael Brockers + Janoris Jenkins + Isaiah Pead + Alec Ogletree + Stedman Bailey + Skins’ 2014 first round pick.
Remarkably, most think the Skins won that trade.
Remarkably, some still think the Browns whiffed on this deal.
This is one of the many ways betting everything on a first round QB can go wrong.

Looking for at least one post that doesn’t tell you how fucking smart Joe Banner is?  Just one write-up that doesn’t tell you, Mr. Browns Fan, that you’re a petulant child for expecting a competitive team this year?  One piece that calls bullshit on the Banner regime’s performance to date?  And what in the hell does the Carmen Policy era have to do with any of this???

Three items today and I’ll sum up the Kanick take up top for you:

I actually think Browns got good value on T-Rich.  I haven’t been a Richardson fan and I’ve pointed out why on several occasions.  Basically, I think he runs soft.   Got no Beast Mode.  Stops before contact.  Been like this since his Bama days.  See below and below that.

So I’m ok with the value received in return for the trade.  I would also say the Browns got good value on their auction of 2012 draft picks.  Browns also have an efficient payroll structure as demonstrated by their $25M in cap space.

None of these “good management practices” add up to even an attempt at winning football in 2013 and thus these “smart moves” amount to a steaming crap in the middle of the Munilot.  All of these moves say, “We assume you will continue coming to losing games because we’ve improved the ‘fan experience.'”  Banner don’t care if he wins this year, next year, or the year after that.  (Has anyone heard a timetable or a tangible goal for this organization?)  All I read is that he has to get ‘his own guys’ on the roster like that’s normal.  (He’s no Don Shula.*)  To expect him to win Heckert’s guys is unreasonable.

_____
Don’t think the Browns could have competed this year?  Really?

Would you look at how proud he is?
Hey Joe: NO ONE GIVES A FUCK ABOUT THE BEREA WALLS.

Because this is a formula that was available to Banner thanks to the pristine salary structure bequeathed him by Tom Heckert.  It goes like this:

Tell me that’s not a playoff team.

How hard was that?

This is not me second guessing.  Most of those moves we proposed here at the time.  (Ok I was not an EJ Manuel fan.)  (But the Browns had him in for a workout, so how’d they miss/pass on him?  And why hasn’t anyone asked?)

And it’s not like there’s no precedent for one year tranformations.  Here’s the list of teams who went from below .500 to the Super Bowl in the next year:

Haven’t looked it up but take that list x10 for ‘below .500 teams who make playoffs next year.’  But of course those teams actually tried to win in the year after their bad one.  And they sure wouldn’t have gotten their belly rubbed if they tanked their season.

So why does Banner get a free pass?  What the HELL has Banner ever done to deserve the slack he’s been cut?  I don’t know.

But slack he is cut.

Inevitably, the national wags are weighing in on how smart this is.  Fuck.  Them.  They haven’t watched the most boring team in pro football since 2008 and they won’t be watching them this year.  WE WILL.  So they can fuck off with their measured responses on how smart Banner is.  He’s not football smart; he’s not people smart.  He’s manipulative smart maybe because lookit:  he’s got national writers telling fans to give him an indefinite time frame for this reboot on the promise that it will get better.  Like we haven’t heard this story before.

“1-15 just to be safe.”
Yes Browns fans, we’re being told that our competition with these uniforms is a good thing.

It does not get better.  It stays the same.  In order to win, you have to try to win.  Now.  Trying to win in the next five years has produced 14 years of shit.  One playoff road loss in fourteen fucking years.  So just FUCK OFF national media.  Fuck off with how smart Banner is.

I mean, look at what this asshole at USA Today says.

… presuming the Browns tank their way to a Top 3 pick (2-14! Better yet: 1-15, just to be safe!) and presuming the Colts get enough productivity from Richardson to finish within the periphery of the playoffs, turning the Browns’ pick into somewhere between Nos. 17-22.

How about Jadeveon Clowney and Johnny Manziel?

I do not like the sound of that, ASSHOLE.  We just fucking signed three fucking pass rush FAs and used our fucking 6th pick on another one, ASSHOLE.

And no thanks on another over-hyped Texas QB.

What. The.  Fuck.  is wrong with these d-bags who fly by with these clueless Browns takes.

But it’s not just national guys.  Look at these Stockholm Syndrome Browns fan tweets.  Good lord, they’re signing on to another three years of suck on the promise that maybe it’ll be different from the last four regimes who promised good things if we’d just wait through three years of suck.

@jimkanicki I give him a pass because he’s been here 11 months and that’s not enough time to fix 14 years of SUCK. *shrugs*

Wrong.
Camen Policy has nothing to do with the 2013 roster.  It is irrelevant.

If your take is "we're the Browns, they'll just screw up the draft pick anyway" then maybe you should just not root for the Browns?

Wrong.
It is this complacency that enables the continual acceptance of mediocrity.  Scratch that, we’re not mediocre.  We’re the fucking Jaguars in better uniforms.  (For now.)

Yes, I get that we’re stuck with them.  I mean, can I do anything about it?  No.  Wait.  Maybe.  I mean I gave them the freaking roadmap, all they had to do was read my blog.  But even if I can’t effect change for the Browns, I’m not going to sit quietly for this blown season.  I’m damn sure not going to applaud.

If I’m completely honest, I’ll probably be actively rooting against them.  Berea hates me?  I’ll hate them right back. 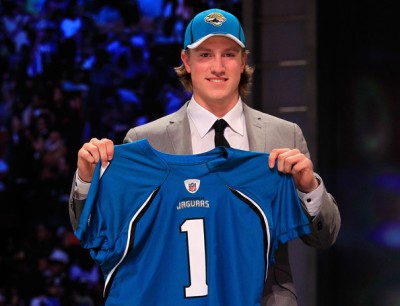 Draft a QB in the top ten.  What could possibly go wrong with that plan?

All these smartness assessments are predicated on the presumption that you just draft yourself Peyton Manning or Andrew Luck and sail merrily along.  THAT IS NOT HOW IT WORKS.  What is with national d-bags selling the myth of deferred gratification to us?  TO US???  Like we haven’t been down this road before?

But damn, they close ranks tight.

Are the Browns throwing up the white flag after two games already?  Easy to say so, but this trade was about one thing: the chance to get better.

Easy to say so?  Then SAY SO.  The answer, Dane, is yes.  Yes they are throwing up the white flag.  You say you’re one of us, but you’re not one of us.  I doubt you got anywhere close to the Browns/Ravens game last week and –quick– who do the Browns play this weekend and will you be watching?

But then he goes on to trot out the myth of a ‘sure-thing QB’ in the draft:

After all, this is a quarterback league.  Looking forward to the quarterbacks who could be available for the 2014 NFL Draft, Teddy Bridgewater, Brett Hundley and Marcus Mariota all project highly to the next level, but all are underclassmen and there is no guarantee they’ll be available next May.

The ONLY guarantee, Dane, is that tanking a season will yield more shitty football for the Browns.  Like.. you’re the draft guy.  JaMarcus Russell?  Vince Young?  Do these names ring any bells?  Here, I’ll help.  These are the first round QBs since 2007 and my call on whether they’re cutting it:

That’s a record of 4-6-8 or 44% chance of getting a good QB.  Hardly the guarantee Browns fans are being sold.  Don’t like that stat?  Want to go with a top ten picks for the last ten years?

So we’re tanking this season for a 50% chance of getting a good QB.

I’ll even take you through it in the opposite direction.  Here are last year’s top five QBs (by passing yards):

And we haven’t even talked about Kaepernick (2nd rd) or Wilson (3rd rd).

The “tank the season for your franchise quarterback” strategy is magic beans.

Reigning NFL Exec of the Year Ryan Grigson says “No thanks” to regression.
(And says yes to shopping at Joe Banner’s auction.)

Just try to find a national wag who will step up and say that’s not great odds and Browns fans are getting porked by their front office again.  Won’t happen.  If I gave away t-shirts, I’d give away a t-shirt to the guy who can find a paid national writer (or even a local one) who tells Browns fans what they already know:  Banner is porking you.

Of course this ball washer is humping Banner’s leg again.  Blaming the other guys as usual.  Heaven forfend that the Banner regime should have to use any of existing resources, any of Heckert’s players.  That’s just not done.  No, they must bring in their own players, their own defensive system, and Browns fans.. you just go wait quietly in the corner for the next three, four years while we wise national media types tell you how smart this all is.  Here’s a cherry picked quote from an anonymous scout:

“A first for an adequate back with injury issues?  They could get that player next year in the mid to late rounds. Get an adequate dude for a later pick.  Everyone has depth at that position.”

I know Mr. Anonymous Scout, it’s sooo weird that a team (Colts) is trying actually to win this year.  What morons, huh?  And of course everyone knows the Colts are –repeat after me– due to regress this year.  If you don’t believe Barnwell and everyone else at Grantland, then check out this laughable excuse for a prediction on the Colts’ record:  “PredictionMachine.com projects the Colts to finish tied for the fifth-worst record in the league with Minnesota and Oakland.”

**Cackles and rolls a blunt.**

HAHAHAHA.  Colts will be in the playoffs this year.   I’m stuck with my turd Browns.

It’s fucking September and we’re playing for next May.

If I’m Alex Mack, I’ve got my hand raised:  trade me next because I’m sure as shit not re-signing for more of this shit show.

Meantime, Joe Banner still sits on $27M in cap space; $14M of which is rollover from 2012 and not available** for use next year.  If you’re not making a run at Jay Cutler with that cash, you’re dead to me.

His interview on Bull and Fox is on the money and worth a listen.

* This all reminds me of the famous Bum Phillips quote regarding Don Shula:  “He can take his’n and beat your’n and take your’n and beat his’n.”

Does it continue to rollover like cellphone minutes?
No.  Rollover money from 2012 into 2013 is treated as “adjusted cap.”  Any unused “adjusted” money in 2013 cannot be rolled over again into 2014.