I dig the Rams’ off-season moves. 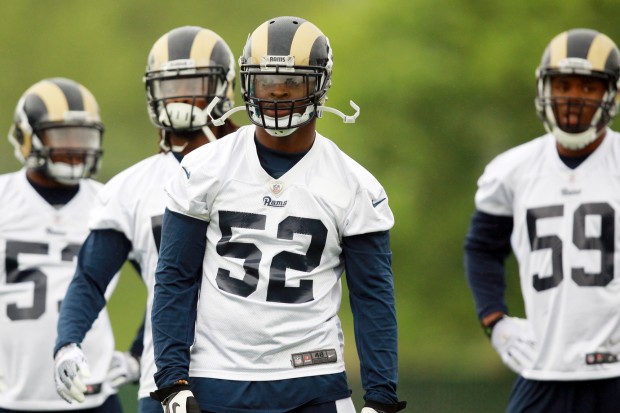 It’s always unwise to read too much into pre-season football.  I fell into that trap three years ago when Jake Delhomme* executed a uniquely remarkable crispness in running the Browns’ offense against Green Bay.  Sure it was one drive.  BUT HEY.  It had the look of a bona-fide pro offense.  Optimism ensued.

Welp.  Mangini wound up fired at the end of the season; Packers won the Super Bowl. 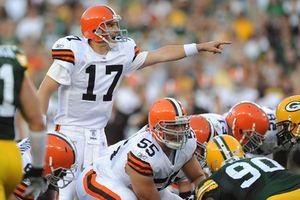 So much for early pre-season games.

Jeff Fisher is building an interesting team in St. Louis.  Interesting meaning, “good, maybe really good.”  They will be a good checkpoint on the progress thus far, especially on the offensive side.

As I wrote this post, I became struck at how they’ve improved five starting positions in the off-season.

(Thus I find the piece doesn’t know if it’s a game preview or off-season review or juxtaposition of the Rams’ aggressive, attacking offseason against the Browns’ Dick Jauron defense off-season; I feel I should warn you of it’s rambling tendency going in.)

I spread it on pretty thickly for the Bengals front four last week.  And why not, Bengals were third in sacks made** with 51 and they only figure to be better with Dunlap taking over for Geathers. 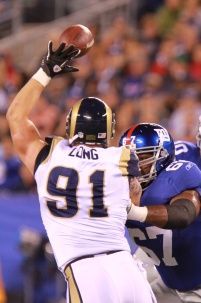 Well the Rams have built an impressive front four too.  They were tops in sacks.  Both ends were over ten sacks (Long, 11.5; Quinn, 10.5).  They’ve invested in their front with Brockers, Quinn, Long all firsties.  If Brockers shows the same improvement from rookie to sophomore as Quinn did, this could be as good a front four as any in the league.

But sacks are a deceptive stat because the DBs need to be covering to give the time to the rushers.  On the corners the Rams have a big-money guy on one side with Cortland Finnegan.  But unlike the Browns, they’ve got their CB2 with the best rookie from last year’s draft, Janoris Jenkins.  I had a chance to watch some Rams last year, Jenkins jumps off your screen.  Check him out tonite, he’s a revelation.

The Rams show three starters on their depth chart from this years draft.  Far be it for me to point out here that the Browns have zero rookie starters in spite of their commitment to building through the draft.  The point is:  productive draft.

I’ve covered Austin in some detail.  Let me be clear on Tavon Austin:  I’m not saying and never said he doesn’t have a chance to be good.  I said and say that I wouldn’t use a top 10 pick on him.  All water under the bridge now, I’m looking forward to seeing him play.

Obviously, I love Alec Ogletree having suggested the Browns take him with their top pick.  Rams fans are curious too, this from TurfShowTimes,

Ogletree has been talked up in training camp. It will be interesting to see just how good he is now. 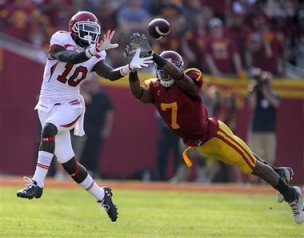 But I am mighty curious about 6′ 3″ TJ McDonald at FS.  If I recall he either couldn’t cover or didn’t hit or played smaller… I can’t remember the knocks on him.  I do remember noticing him on the field when I watched USC.    So I want to check him out and when I do, I’ll be remembering that the Browns took Leon McFadden three slots in front of him.

JPTribe reminds that Kanick favorite Barrett Jones was taken by the Rams and in spite of injury concerns, he’s off PUP, in camp.  I haven’t confirmed if he’s playing tonite, but look for number 67 to find out.

Kanick sleeper, Ray Ray Armstrong, is also on the Rams’ roster.  He was a huge safety for the U and is trying to make the team as an OLB.  He’s number 50, someone to watch for in the second half.  We’ll get a small measure on whether our slavish devotion to big guys in the secondary is well-founded.

Prior to that, the Rams won a bidding contest (rumored that the Browns participated in) for athletic tight end Jared Cook.  Five years, 35m, 5m sign bonus.  Is that expensive?  Well the Rams have Cook and no cap space.  We have Cameron and $30m in unused cap.

I haven’t even mentioned locals Rodger Saffold and James Laurinaitis.  Or Sam Bradford, now perhaps finally with a weapon beyond Steven Jackson.

Rams have their hands full in a tough division.  (Though they were 4-2-1 in division).  But they’ve got a roster that says winner and coach to back it up.  They’re an excellent team.

I think the Browns will have their hands full while the first teams are on the field and CANT WAIT TO SEE IT.

The first-round pick from Georgia stripped the football from Denver’s Ronnie Hillman after a short pass completion and ran 13 yards for a touchdown and a 17-7 Rams lead with 9 minutes 20 second to play in the second quarter.

On Denver’s next series, with quarterback Peyton Manning and the Denver offense in the red zone, Ogletree leaped in the back of the end zone to break up a pass intended for Andre Caldwell over the middle. Denver had to settle for a field goal.

And Ogletree left Manning shaking his head on Denver’s final possession of the opening half with an interception on a deep pass over the middle intended for tight end Julius Thomas. Ogletree made a deep drop into coverage on the play, and seemed to be out of position for an instant. But he recovered in time and then made the leaping “pick.”

On defense and special teams. Ogletree’s play characterized what was a highlight-reel night for the Rams’ draft Class of 2013. Safety T.J. McDonald, a third-round selection, blocked a 34-yard field goal attempt by Denver’s Matt Prater on the final play of the first quarter.

And for those wondering what Tavon Austin could do with a little breathing room on a punt return … he fielded a Britton Colquitt punt at the St. Louis 16 following Denver’s first offensive series of the game, and raced to his left and down the sideline for 81 yards.

* For all the crap Jake Delhomme took in 2010, his play didn’t fall off until he sprained his ankle.  This was most obvious when he was kept in the game against the Bucs and then four games later when called on to close out the Falcons game and promptly threw a pick six.

By mburgermeister in Browns on August 7, 2013.
← On the inherent unfairness of sanctions. Bernie nailed it. →