Joe Banner is gonna fix your uniforms with focus groups.

One of these teams was founded in 1931. But all look like expansion teams from the 90s. /focus grupe’d

Why do seemingly reasonable men turn into pompous asses when they take charge of the Browns’ operations?

And now this guy Banner.  It’s time for Joe Banner to follow the command he’s given to the rest of Berea and speak less.  Because he had quite an interview with Clark Judge Wednesday.  He leads off with a stunning display of ignorance and gracelessness:

I don’t know Joe, two years?  three years?   This is awkward, Joe … but … The Mark Sanchez trade?  The Julio Jones trade?  I’m not even going to link them, but they were in the news.  You can look them up via Google.  Yeah, I know you don’t Joe.  Ask that IT guy who’s a security risk.  He’ll help you with that.

As far as cap space, is not cap space truly wasted when it evaporates into the ether?  It’s a good thing you have all those analytics-y math-y smart guys over there.  Maybe one of them can explain to you that cap space dollars are not like cellphone rollover minutes.  And as much as you say not spending cap monies is smart, it’s dumb.  It puts your team at a competitive disadvantage.

_____
Joe Banner is gonna fix our logo and uniforms with focus groups.

New, forward-looking, and energetic.
Yet still 55-75 since the change.

From the same Judge interview we find this:

Q: But everyone has a plan when they go in. What’s yours and why do you think you can do what others before you have not?

Banner: Over the next couple of years, for instance, we’re going to change the logo and uniforms in a way that will respect the history but will be forward looking.

Q: You’re going to change the uniforms? How do you think that will fly with a loyal fan base?

Banner: We promise that the helmet won’t change. We promise the new look will respect the history. We’re going to do a lot of focus groups. We’re not going to put something out there that we haven’t done a lot of research on. It’s not going to be anything radical, I can guarantee that. But it will be new, forward looking and energetic (!!). It will reflect what we want the franchise to be.”

One week of this is plenty. We’re aware.

And you know who the Banner consultants will seek out to populate the focus groups, right?

You Mr. Hardcore fan, you don’t matter in this process because, let’s be honest, you’re in the bag.  You’ll eat any steaming pile of Browns-related crap put in front of you.  You’ve proven this for the last fifty years.  We don’t need to get your business, we have it.

No.  Banner’s consultants want the hipster demographic.  The guy from the Sprint commercial who wants to share every data in pixels.  A billion roaming photojournalists.  You know this is right:  the committee selecting your new uniform is the girl playing Angry Birds in the front row behind the dugout.  The guy who records a live concert with his phone instead of just enjoying the moment.  The jump-cut commercials people.  More energy.

_____
On the off chance that someone in Berea is paying attention.

You don’t see the Packers, Bears, Raiders chasing the uniform stylings of the Titans, Texans, Panthers uniform designs.  Why is that?

Because the heritage is the thing.  It’s what binds us to past glory.  It’s the bond to our grandfathers’ teams.  It’s what expansion teams can only wish they had.  There’s a reason throw-back jerseys work. 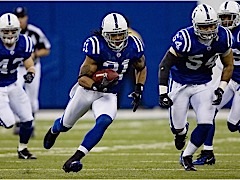 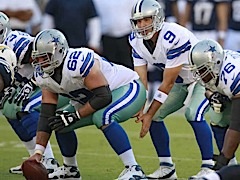 Why do we have to go through this every time someone new moves to Berea?  There are four iconic uniforms in football.  The Browns are one of them and we LIKE being in that category.  As we said in Cool it post:

We’re in an elite class with the Packers, Bears, and Raiders (although we did diverge for awhile in the 70s).  You can put the Cowboys and Chiefs in there too I suppose.  That category reads: Teams that value tradition over the  pimping of this year’s jersey sales.

Even the teams that screwed around with their old winning uniforms eventually smartened up and went back to basics (Niners, , Giants).  Are the Steelers’ jerseys better now with the numbers delicately styled to match their helmet number decals?  I think not.  The Vikings change their unis every year when the blueprint is in their files.  And don’t get me started on the Rams.

It’s so easy to avoid this learning curve. In what seems to be a trend with the Banner regime, they’re behind the trend.

Below we see the Vikes, Niners, and Giants eschewing their ‘forward looking energetic design in favor of their old… what? … I guess backward and lethargic uniforms.  Note that  all are going back to the classic ‘less is more’ design.

In other words, they want what the Browns already have. 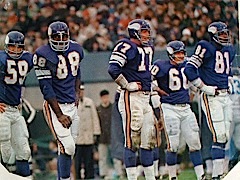 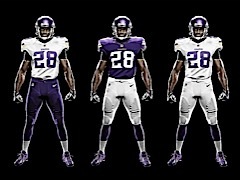 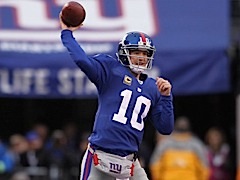 Sorry if this seems a like a lot of fuss from me over a nothing issue.  But every damn time this uniform door is opened, it creates a possibility of grievous error.  We don’t know how a focus group is going to rule when presented with options like these. 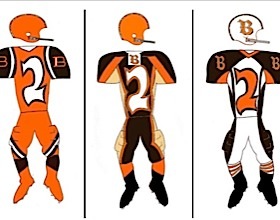 They could get it wrong.  Because don’t forget:  before deciding to go energetic, the Eagles used to have this logo.

Going out on a limb: Eagles’ fans like this logo better. 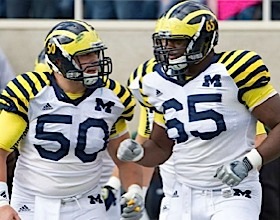 Mr. Cleaveland speaks for us in his comment yesterday in the WFNY thread:

How would that carpetbagger Haslam like it if some pencil-neck from Harvard became president of the University of Tennessee and gave their unis a more “forward looking” color — say crimson?  Leave our uniforms alone, hillbilly!

LOL… okay the hillbilly was a needless pejorative but the gist is nuts on.

JUST MAKE A GOOD FOOTBALL TEAM.  UNIFORMS ARE WINDOW DRESSING AND NOT FOR YOU TO WORRY ABOUT.

I still don’t think they heard me.

Changing uniform design is the ultimate in form over substance messaging.  It is not a confidence-builder for your fans.

* Connected Yompton readers:  please help me fill in the blanks here on the Policy story.  Gracias.