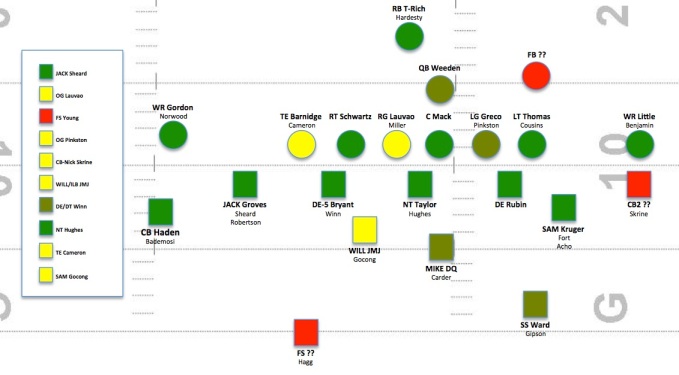 We’re pretty happy with how the first day of free agency has shaken out.

While it’s not the direction suggested here, it’s most encouraging that there seems to be a plan. 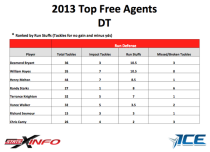 No quibbling here over Kruger vs. Avril.

No problem grabbing a DE in free agency versus draft.  Especially DEs who rate out like this (see at left).

Didn’t like the move to a 3-4 but have to say the personnel assemblage has been impressive.

In fact, we’re ecstatic that the holes we saw are being plugged and that the jibber jabber about ‘needing two starting WRs‘ was just so much crap from the PD’s lead Browns reporter.

Back later with an update to this post and some comments on how these signings change the draft priorities and will explore a couple scenarios.

Spoiler:  Xavier Rhodes is a name to get familiar with.

PS:  how about a round of applause for Tom Heckert for the way he managed this cap?

PPS:  Conversely, and as was pointed out a month ago:  Ozzie Newsome is an idiot.  A lucky idiot.  But an idiot.